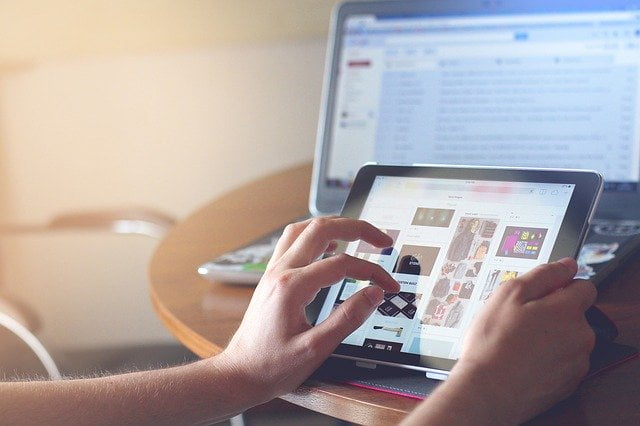 The Difference Between an iPad and a Computer

Since Apple is marketing the iPad as a new type of device sitting between the phone and the laptop, the question on many minds is “How is the iPad different?” Allow us to lay out a few of the key differences.

Some people want to know if the iPad is like a “little computer”. I would hesitate to make that comparison. If you want to describe it that way, I would rather say it’s like a “big iPhone”. The iPad lacks many of the more advanced features found in traditional computers.

Running more than one program at a time on the same computer is multi-tasking. In a system that does not multitasking, you must quit one program before running another. At first the iPad did not support this, but now multitasking is possible in iOS.

The iPad does not permit the user to access its file system. On a traditional computer you can create folder hierarchies, move files around, use your own naming schemes, etc… Conversely, the iPad’s file system is completely invisible to the user. The only way to work with objects such as photos, music, movies, documents and contacts is to use the options presented by the Apps with which these things are associated.

You may not install your own software

With traditional computers, anyone can create and distribute software. Users may install any programs they choose. But on the iPad, all software, called “Apps” must be approved by Apple and distributed through the official App Store in iTunes.

The iPad’s touch screen interface replaces a mouse and keyboard. Two-handed typing is possible with the on-screen keyboard. I am still getting used to it and my speed is pretty low at the moment. There is a physical keyboard that can dock with the iPad, but I have not used it.

Aside from these major points, here are a few more minor differences:

The iPad is far removed from traditional computers, and is a much closer relative to the iPhone. Users may only interact with the device through the applications they install, and the availability of that software is strictly controlled by Apple. Customization is limited to simple adjustments such as setting the wallpaper.

The question of whether or not the iPad is useful to you is a personal question. I’ll have a bit more of an opinion on this after I use the device more and get to collect my thoughts into a full review. For the moment, I’ll say that the iPad is geared towards those who spend time consuming digital content but have little use for the flexibility of a traditional computer.

Looking to pick one up? The iPad is available directly from Apple and from Amazon.com. 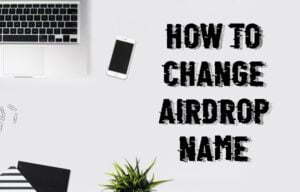 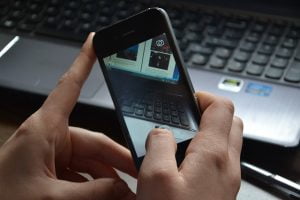 How to Make iPhone 4 Wallpaper 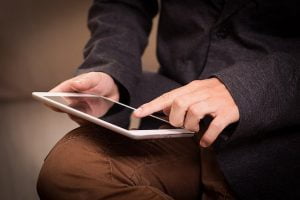 How to Make Your Own iPad Wallpaper 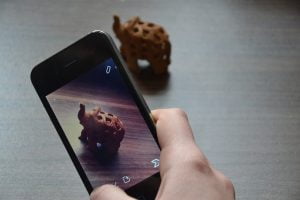 Add a Self-Timer to Your iPhone Camera with FotoTimer 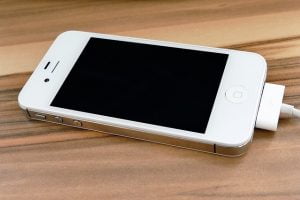 How to Transfer Apps to Your New iPhone 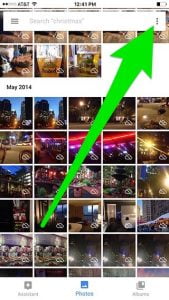 How to Select Multiple Pictures in Google Photos Mobile 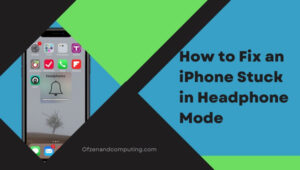 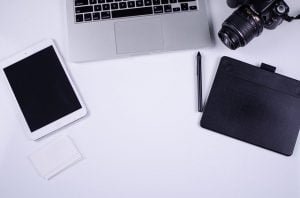 Download Photos Straight to iPad from Your Digital Camera 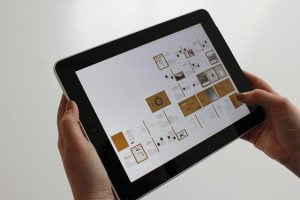